During arrest, man coughs on Troopers, telling them he has coronavirus

State Troopers out of Lyons responded to a report of a domestic incident on Thursday (4/2) at 10:45 p.m. 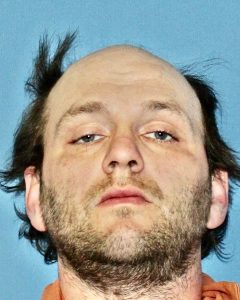 Chad E. Summers, age 37, of 3767 Fairville Maple Ridge Road in the Town of Arcadia got into a verbal argument with his girlfriend that escalated as he smashed a wall, next to a sleeping child, broke a stereo and fireplace.

When Troopers arrived Summers was arrested for Criminal Mischief in the Fourth Degree, Harassment in the Second Degree and Endangering the Welfare of a Child.

Upon his arrest, Summers began coughing on the Troopers, telling them he had the coronavirus. He was then additionally charged with Obstructing Governmental Administration in the Second Degree and menacing in the Third Degree.

CLYDE: Joanne Tinella (Liseno) Furman, 80, passed away August 08, 2020, at Newark Manor Nursing Home,where she was a resident for many years and had suffered with dementia. Joanne was raised in Clyde, NY, and lived there for over 70 years. She worked as the Newark DDSO for 10 years and retired. Joanne leaves behind […]