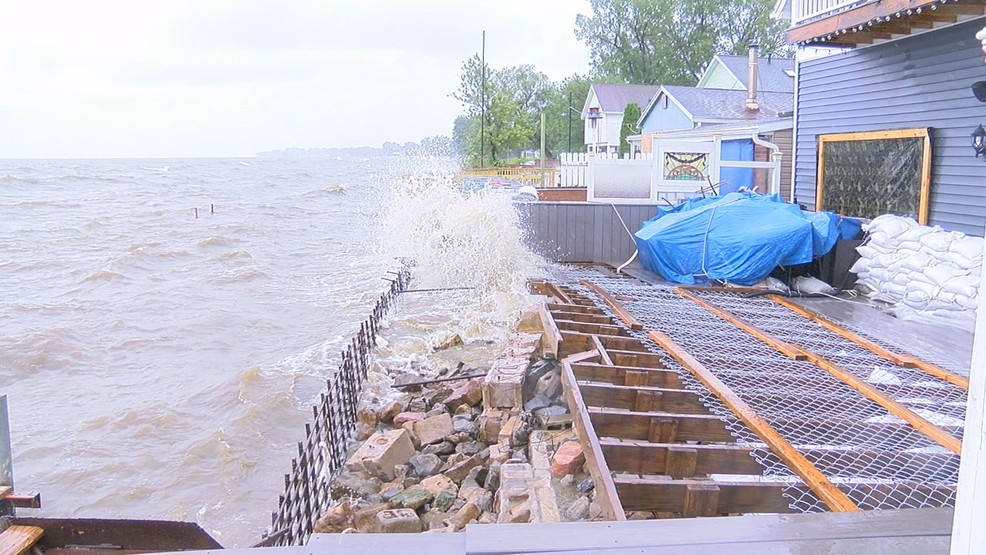 Three organizations opposed to the Lake Ontario Plan 2014 are joining forces. The International Joint Commission, made up of representatives each from Canada and the United States that oversees Lake Ontario water levels adopted a set of rules, a move that marked a major victory for environmentalists who said the former regulations have harmed the lake’s ecosystem.

Known as ‘Plan 2014’, once announced the plan met a great deal of resistance, especially with shoreline flooding that followed in the years after its implementation.

There was little doubt Plan 2014, along with climate change and periods of heavy rain and snow melts exacerbated erosion and flooding.

Under the original plan, water levels in Lake Ontario could be modified, though in no way completely controlled, by adjustments of the flow through a vast hydroelectric dam on the St. Lawrence River, into which the lake drains.

The three groups conducted their first conference phone meeting on Thursday (12/19) to formulate plans to join forces and create a fight back campaign.

In a related story, at the close of the Wayne County Board of Supervisor’s Meeting on Tuesday (12/17), a Resolution which was on the agenda for the morning, was withdrawn before a vote.  It read: “Resolution R5-7: Supporting New York State’s Expanded Actions against the International Join Commission on Substantial Lakeshore Flooding Damages.”

Wayne County Board of Supervisors Chairman and Sodus Supervisor Steve LeRoy asked that the resolution be withdrawn from a vote by the Supervisor. “I could not bring myself to put up that resolution…The Governor wants to sue the IJC (International Joint Commission) in response to the disastrous flooding of the Lake Ontario shoreline. A lawsuit is ridiculous. You cannot sue an entity that really has no budget – no money to go after. The IJC is really an advisory group of individuals from the U.S. and Canada. Where does he think the money will come from? Is he actually asking that we sue Canada? A lawsuit is not the answer. “

Related Topics:
Up Next