Please do not panic. The Times received numerous calls concerning the possibility of an armed man loose in the Montezuma Street area in Lyons, Tuesday morning/afternoon. 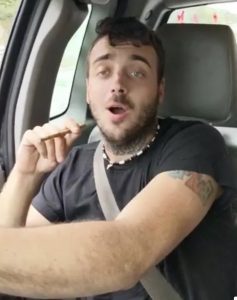 Ontario County Sheriff Kevin Henderson reported that a suspect from the Robbery that occurred on Tuesday, September 17th  at the 7-Eleven convenience store in the Town of Phelps has been identified as Burgess.

This is an active investigation and the above named subject is believed to be armed and dangerous. Subject could be in Lyons or northern Town of Phelps. If you know the whereabouts or have information regarding the subject please contact the Ontario County Sheriff’s Office. Phone (585) 394-4560 or Wayne County Sheriff’s Office  (315) 946-9711

Primary Day - How Wayne County Voted
The question of guns, too many, lack of enforcement, lax laws on federal and state levels?
The problem with the love of wildlife and Donald Antal’s obsessive love of feeding them

NEWARK: Regina May Krolak, 91, died Tuesday (June 28, 2022) at St. Ann’s Home in Rochester. A Mass of Christian Burial will be celebrated at 10 AM on Saturday (July 9th) at St. Michael Church, South Main Street, Newark.  Burial will be in Newark Cemetery. Memorials in her memory may be made to either: St, […]