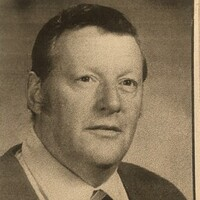 NORTH WOLCOTT:Formally of Wolcott, New York, was born June 17, 1936 and passed away on July 18, 2020. Bud is predeceased by his parents Bernard “Ben” Skelly, and Grace L. (Desbrow) Skelly. He is also predeceased by his 3rd wife Carol A. (Carney) Skelly, and his 1st wife Suzanne M. (Smith) Coxford. His 2nd wife Carol R. (Loucks) Skelly is still living. He is survived by his children Coda Skelly and Sharon Coxford-Yingst. He is also survived by his niece Kathy Bassett and step-children Karen Essom and Debbie Blair. Bud lived a colorful and many-careered life. He operated Bernie’s Tavern in the 1950s, he raced stock cars in the 1960s at the Canandaigua Speedway, he served on the Wayne County Planning Board in the 2000s. In his younger years, he was an avid bowler on a bowling league,and, he owned a motel in the Florida keys. He personally met the infamous Gypsy Rose Lee in the 1950s, who appeared at a club that a close relative worked at as a server. Bud was a charter boat captain for over 50 years, mostly aboard the Lucky Strike on Lake Ontario. He also served as a schoolteacher for over 25 years at Monroe Boces where he taught automotive repair. In the 1980s he owned a furniture store, and in the 1990s he opened the Anchorage Restaurant on Port Bay. He will be sadly missed by his dear friends Mike Beyo, Jamie Chudyk, Steven Nicklos, Carl Bauer, and Todd Rider. Calling hours will be Friday, August 14, 4:00-6:00 with a service at 6:00 at the Becker-Keysor Funeral Home, Red Creek, social distancing and masks will be required. www.catoredcreek.com